I was in the middle of a session with students when the phone rang... "This is the US Department Of Education and we are sending you and 2 other educators from across the nation to San Francisco!"  I couldn't believe that this was really happening!  What an unexpected and thrilling opportunity to further my TeachtoLead idea and project from the previous February in Boston.  I spent the next couple of weeks with the help of fellow educators and my incredible support group from the USDOE consisting of Emily Davis, Ruthanne Buck and Maddie Fennel perfecting my 3 minute pitch.  We were flying out to San Francisco to pitch our ideas in front of 3 large foundations- Helmsley, Gates  and StartUp (Mark Zuckerberg's) during a mock "Shark Tank" during the GrantMaker's lunch with 650 attendees .  Talk about being nervous!  When we arrived in California we spent the evening going over our speech and even practicing it on the stage we would be on the next day.  I took in some sightseeing at Fisherman's Wharf and tried to get my mind off of the big task at hand.  Somehow I was able to get some sleep and woke up to a delicious breakfast with the team and members of ASCD.  The time arrived, we were mic'd and it was time to pitch~  What a thrilling experience resulting in funding for all three of us to continue our projects that are near and dear to our hearts.  We were able to then listen to Arne Duncan talk and snap a picture with him.  That night I enjoyed joining the GrantMakers during their celebratory party at the Exploratorium.  I even squeezed in a visit to the Golden Gate Bridge and the ocean before heading back to Michigan.  What an incredible trip~

Heathers Q and A

So I forgot to post when the Sharks came back and announced their results. Enjoy Heather Gauck Olivia O and Concetta Lewis

What an incredible time with the US Department of Education... 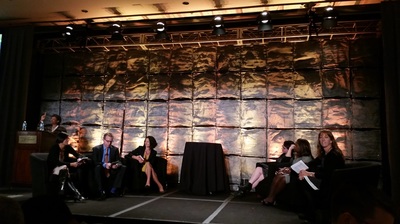 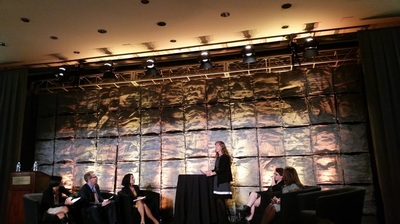 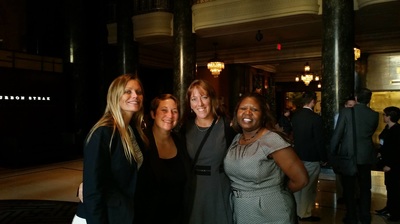 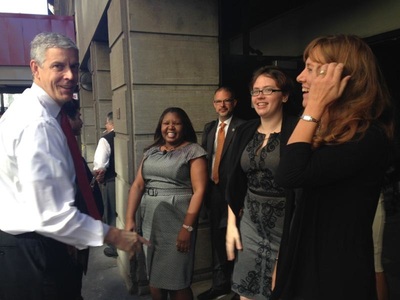 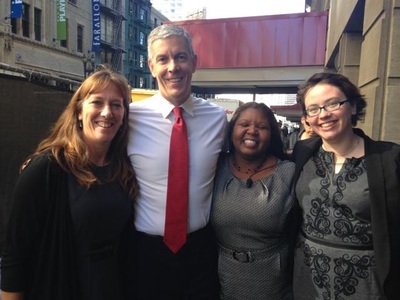 An update~ A follow up call was completed on December 28th at 1pm.  I shared my documents of what has transpired since Teach to Lead Boston Summit and will now be writing a proposal to explain my teams plans for funding from the Start Up Foundation- Mark Zuckerberg.  This proposal will be turned into the foundation early in January.

April 7th- We have run into a few hiccups along the way~ Our original Non-Profit could no longer help us so it took until March to find another Non-Profit but LearningForward has teamed up with us and we could not be more thrilled!  We are waiting for the paperwork to then be sent back to StartUp to get the ball rolling again.  Meanwhile, we have picked the company who will be doing our documentary, filming of lessons and website design.  GSM Creative ( http://www.gsmcreative.com/ ) is a startup company here in Grand Rapids who is excited to get to work.  We also have teamed up with Eidex a company who has offered to track data for us free of charge.  We are beyond excited to get to work!
Powered by