After returning from the Summit, I was invited to be celebrated at the School Board Meeting on March 2nd,2015.

On March 6th I presented at the Council for Exceptional Children Conference on the use of iPads to push student skills in Grand Rapids, MI. 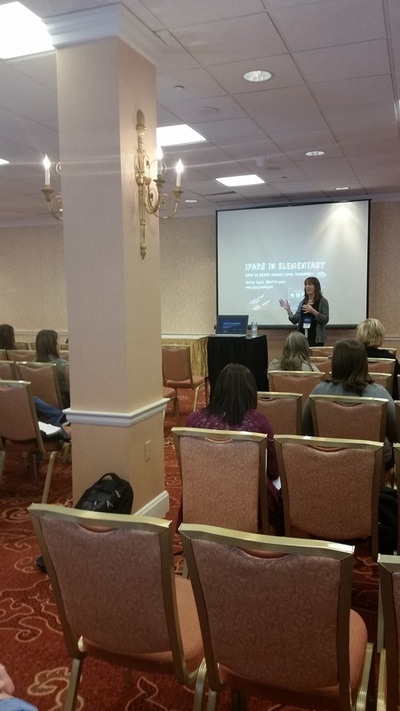 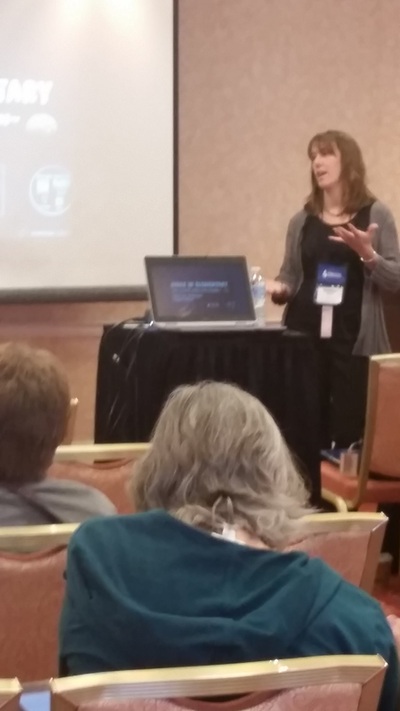 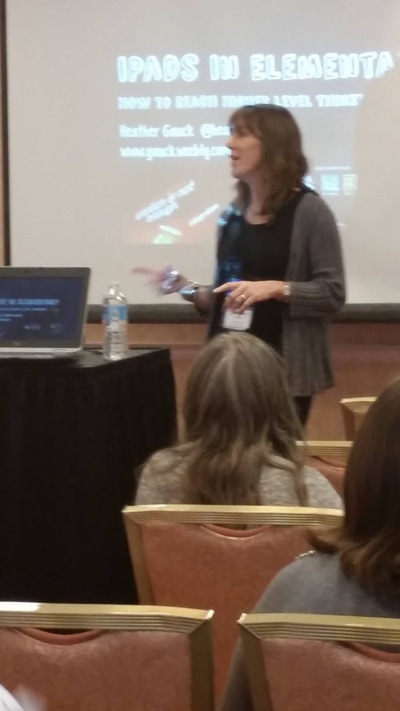 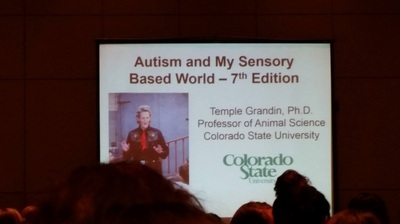 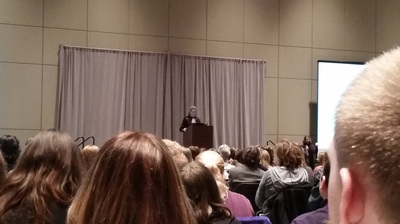 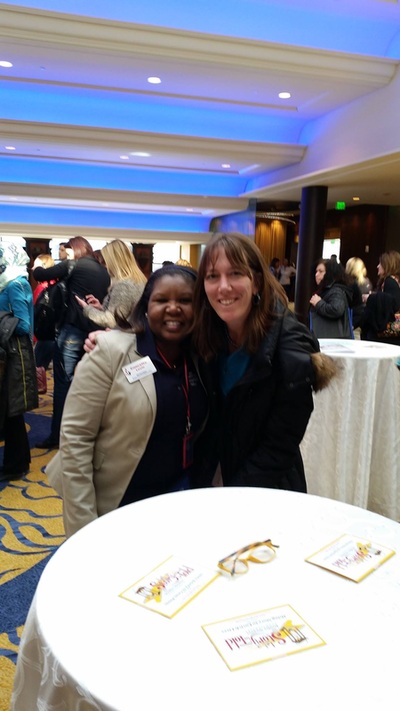 The annual conference of Educators using Technology was a great place for some Michigan Educator Voice Fellows to meet up Face to Face.  There were over 5,000 educators in attendance!  Many fellows presented at the conference and raised our voices on different topics: Melody Arabo had a session called "Think like a Teacherpreneur".   Todd Beard had 4 sessions; "Edutainment + You= Engagement, Starting a TED-Ed Club, How to Save the World Using Free Collaboration and Productivity Tools for 21st Century ICT & Creating Your Digital Classroom/Environment. Todd Bloch had a session called- Why Connect as an Educator? with a panel of educators including Sarah Giddings and Chris Ming.   Erin Klein presented at two sessions Connected Pedagogy:Inspired Learning & Designing Brain-Friendly Spaces for Personalized, Blended Learning.

The Idea Slam is a fast paced "pitch fest" and networking event for educators. Selected projects will be presented and attendees will vote on their favorite ideas. Winning projects will receive up to $1,000 towards their innovative educational idea. The rest of the evening is an informal meet-up with fun conversations and delicious offerings from Detroit Beer Company
Brought to You By:
ShiftMich@shiftmich
Educators focused on Connecting Michigan's Culture of Educational Innovation. Join the movement! Contribute to the Hub
With support from:
Sowash Ventures@jrsowash
SAGA Educators@sagaeducators
Write About @mywriteabout

I posted my idea for building a Professional Development Site to the Shiftmich idea website which was not accepted as a finalist.  This ended up being a good thing since I spent the week before MACUL in Alaska for my Great Aunt's 100th birthday.  It would have been difficult to plan my pitch while enjoying family time.  However, while I was up there I did receive a tweet from Michigan Fellow Sarah Giddings who told me that her sister Kelly Cusmano's idea was a finalist!  I let her know if she needed anything I would be happy to help.  Kelly's idea was to scale down the Teach to Lead Summit to a local Michigan Summit for teachers in our state.  We were one of the 5 finalist ideas to be slammed!
There were some great ideas that were pitched including Ben Rimes' idea to deliver a #Miched shirt and information to every legislator in Lansing.
And now the work begins....

My first morning of Spring Break was spent attending a Community Coffee Hour with State Representative Winnie Brinks and City Commissioner Rosalynn Bliss.  Rosalynn announced to the group that she is running for Mayor.  This was my first political activity regarding education.  I shared my concern with them about Bill 4394 which talks about allowing individuals to teach who are non-certified.  Winnie was not aware of this bill but did know the name of the person who introduced the bill and mentioned he is not known for being moderate.  I hope the bill just disappears and does not move very far.  I then asked Winnie about her thoughts about over testing of our Michigan students and also Teacher Evaluation.  I shared my contact information and will keep my eye open for any other opportunities to stay connected.
Upcoming Presentations~